Jose Suarez has 30+ years of experience as a serial entrepreneur, innovator, and investor across e-commerce and other industries.

He is the co-founder of Silver 8 Partners, LP, ("Silver 8"), a hedge fund that seeks to profit from transformational technologies within the financial services industry (a sector known as "FinTech".) Silver 8 was the #1 Technology Hedge Fund by Net Returns (BarclayHedge) for 2016 and 2017.

Jose believes that in the near future, billions of unbanked people around the world will be able to use their cell phones to access an unprecedented financial marketplace without borders, walls, and usurious intermediaries. He sees the world at the dawn of a new economic revolution being shaped by two macro forces:
And that the confluence of these two vectors, magnified by blockchain and machine learning, will forever transform how people, companies, governments, and devices of all types (IOT) transact with each other.

Jose served during the early days of the Internet adoption as President & COO of Walker Digital, the privately-held, innovation laboratory created by prolific inventor and priceline.com’s founder Jay Walker. At Walker’s lab, Jose led the development of hundreds of innovations and intellectual property across diverse fields including e-commerce, cryptography and payment systems. Jose was responsible for bringing these innovations to market as start-ups or through licensing, generating hundreds of millions of dollars for Walker Digital.

Prior to Walker Digital, Jose launched and sold several businesses including a payment processing company — starting his career in that space with GE Capital's venture group in private label credit cards. Prior to that he specialized in developing computer simulation systems.

Jose is the former CEO of TEDMED, the health and medicine non-profit edition of the famous TED Talks. He graduated valedictorian from Virginia Tech, holding a B.S. in Industrial Engineering & Operations Research. He also holds an MBA degree from The Wharton School.

He is an avid ultra-runner. In 2007 he completed the Western States 100 Mile Endurance Run across the Sierra Nevada in 27 hours. He repeated the feat again in 2010, this time finishing in 23 hours to earn the race’s coveted Silver Buckle. 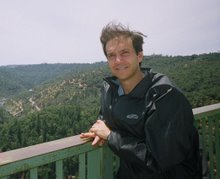